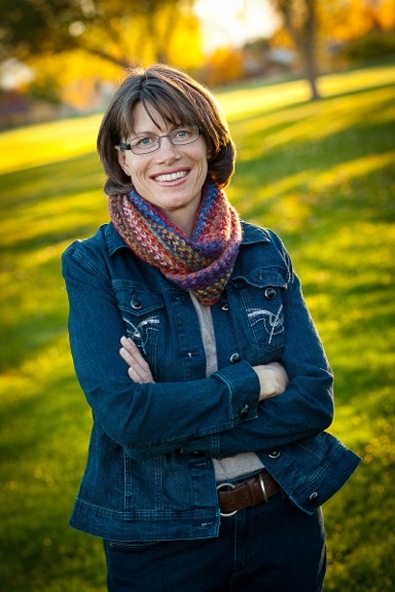 Mark’s widow, Elaine Fischer presented the award at Arroyo’s Wine Bar and Gallery. A San Miguel County Commissioner, Fischer talked of her time with Mark and of how rewarding it was to read his poems in his personal handwriting. She praised Burkey’s winning poem and explained how the expansion of the reach of the contest – open to all poets west of the Mississippi – and the increase of the size of the contest award had made even more people aware of her husband and his amazing talents.

“It was over the top,” explained Burkey. “Everyone at the award ceremony was so warm and welcoming, the setting at Arroyo’s was intimate and friendly, and it was a pleasure to accept an award that I feel like I’ve worked towards for a very long time.” She added, “The fact that my husband and kids were there to share the experience with me was wonderful.”

Burkey is a member of the Western Colorado Writers Forum. Her work won the 2009 Denver Woman’s Press Club Unknown Writers’ Contest and received honorable mention in the 2009 Mark Fischer Poetry Contest. Her poems have appeared in a number of literary journals as well as the Grand Valley Magazine, IMPROV Anthology of Colorado Poets, The Grand Junction Daily Sentinel, in downtown Grand Junction’s “Poetry in the Streets” project, and aired on KAFM 88.1 Community Radio. She is currently working on a collection of poetry, titled Between.

Jack Mueller, the celebrated North Beach poet now residing near Ridgway, who was named winner of the Karen Chamberlain Award for lifetime poetic achievement at this year’s LitFest, cited Burkey’s winning poem, Beginning Mind, for its “clarity” – as he was the final awards judge who chose Burkey from among 91 poets who participated from 11 states and over 200 poem submissions.

First Runner-Up award of $100 went to Donald Levering of Santa Fe. He also attended the awards ceremony and read his winning poem, “Barrelhouses.”

Second Runner-Up was split into two $50 prizes between two poets, Jose A. Alcantara of Carbondale for his poem “Beep Beep” and California poet Paul Fericano for “The Howl of Lon Chaney, Jr.” Alcantara attended the LitFest and read his poem at the awards ceremony.